As I promised previously, it’s time for an interview that I had the pleasure of doing by email with Lindsay Allason-Jones, who worked as the historical consultant on The Eagle (2011, dir. Kevin McDonald). 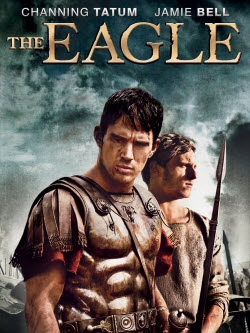 Lindsay Allason-Jones is the founder and former director of the Cluster for Interdisciplinary Artefact Studies at Newcastle University, as well as a Visiting Reader at Newcastle.  (For those not familiar with British universities, a ‘reader’ is the equivalent of a full professor at an American university.) She is a specialist in the archaeology of Roman Britain, and was thus a very good choice to consult on The Eagle, whose director was serious about trying to by historically accurate with the film. 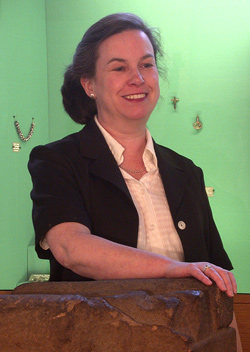 So let’s get to the interview (which has been edited for readability).

An Historian: Thank you so much for agreeing to this interview. I’ve wanted for some time to interview someone who’s worked as a historical consultant, and The Eagle impressed me as demonstrating more attention to detail than a lot of films set in the Roman Empire. How did you wind up as the historical consultant for The Eagle?

Allason-Jones: The director, producer and script writer came up north to see if it was possible to film on Hadrian’s Wall – sadly it proved to have changed too much for this to be viable – and met me in the old Museum of Antiquities where I was director. We had a general chat and I thought no more about it until I was contacted a few months later and asked if I would be the formal advisor.

H: What did your actual work as the consultant look like? Were they calling you up with questions, or having you on-set to give advice?

A-J: I was first sent a typescript of the film and asked to check it out for inaccuracies. My blue pen became very blunt pretty quickly! This wasn’t the script writer’s fault but was due to the fact that Rosemary Sutcliffe’s novel was 50 years old and written by someone who wasn’t up to date even then with archaeological thought. Example: RS had her hero Marcus, a centurion, in charge of a fortress; a Roman fortress had 5,500 soldiers in it whilst a centurion would only have been in charge of 80 men. Also, at the time the action was supposed to be taking place, there would have been no fortresses in the south west. We got round this by inventing a (plausible) look-out post in the Severn estuary.

I had hoped I would get to visit the set but most of the filming was in Hungary and Newcastle University wasn’t keen to let me wander off in my busiest teaching period so I never got on set. The Director’s assistant, Ben, and I corresponded by e-mail and telephone and I would send what I hoped was useful bumf about what things would have looked like and how people would have behaved for the costumiers etc.

H: Is there a detail in the film that you feel particularly pleased about—something that you got them to include or that you felt that the film got just right?

A-J: I was particularly pleased with the milecastle on Hadrian’s Wall. When I worked out the approximate timescale when the action took place I realised that Hadrian’s Wall had been largely abandoned and the frontier was up on the Antonine Wall. Rosemary Sutcliff clearly hadn’t realise that and it would have been very confusing for the audience to introduce the idea of two walls but I persuaded them to make Hadrian’s Wall look really scruffy and any guards on duty obviously low grade troops and that they did very nicely.

H: Was there any thing you were disappointed about—something that they chose not to follow you recommendation on or that you wished they had done differently?

A-J: There were two things I said very firmly at the beginning – no togas and no stirrups (the Romans didn’t use stirrups) so I was a bit cross when togas were worn by some actors and the two lead actors had stirrups – although you had to look very carefully to see they did. When I told Jeremy off for these faults he said that re: togas, when early rushes of the film were shown to an American focus group they said they didn’t know who were the Romans and who the Brits if they all just wore tunics. Re: stirrups, apparently both the leads had to learn to ride for the film and the insurance company wouldn’t let them on a horse without stirrups, despite the fact that it almost impossible to fall out of a Roman saddle! I was very entertained by both these arguments.They are also examples of how practical matters often get in the way of historical accuracy in making a film.

Some of the armour was a bit odd as well but that was because it’s, apparently, not usual to invest in new armour for all the cast of a film as that is prohibitively expensive, so you have to use whatever is already at your preferred costumiers. I have since discovered that Richard Burton and Elizabeth Taylor in Cleopatra and Sid James and Fenella Fielding in Carry On Cleo were wearing the same costumes!

Occasionally there were a few glitches – there is definitely a 4th century brooch being worn two centuries too soon but I suspect I’m the only person to have spotted that, whilst the tableware at the Governor’s palace at the end of the film is spot on.

What I found fascinating was that when a film is finished it is handed over to another firm to sell it and promote it. At this stage I found I had to start all over again explaining the difference between a legionary and an auxiliary, etc. The distribution company wanted to produce a leaflet for schoolchildren, which I was asked to check. This included the wonderful line that ‘a Roman legionary carried a gladiolus’! I was very tempted to leave that in as the idea of Roman soldiers going into battle waving their gladdies in the air like Edna Everage appealed, but I did change it to gladius after a wrestle with my conscience.

People have since asked me why film people, having decided to make a film of a book because they like the book, then change it. In the case of The Eagle there were several details that had to be changed because they were completely wrong or would have disturbed a modern audience (Marcus’s relationship with the little girl would have seemed unsettling today) but other things I have no idea why they changed them. In particular, the beheading scene was not necessary and simply ensured that the age group the book had been written for couldn’t see the film, which struck me as ridiculous on so many levels.

I enjoyed the experience and it was lovely to see how my students enjoyed seeing the film with me – as one of them said, it is rare for a student to be able to be involved in a lecturer’s research in that way. They al stood up and cheered when my name appeared I the credits, which I was very touched by though it rather confused the rest of the audience.

H: How important do you think historical accuracy in film is? Did you work as a consultant influence the way you understand depicting the past on film?

A-J: I think it is imperative that films don’t try to change history as this misleads people. However, the odd detail being wrong probably doesn’t matter as much as long as it isn’t so obvious it detracts from the audience’s enjoyment because it is distracting.

I enjoyed myself and would do it again because, no matter how many books I write or lectures I give, I can’t reach as many people as a film, particularly one as popular as this one, and I believe that academics need to make their knowledge widely available.

H: Thank you so much for such detailed answers!