The second season of Versailles focuses heavily on the Affair of the Poisons, and a good number of people get poisoned in the show, so I thought I would spend a post discussing the show’s treatment of poisoning before I actually discuss how well the show captures the Affair. 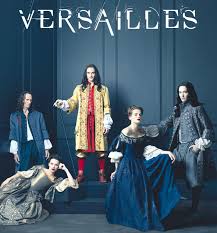 In the show, a whole lot of people get poisoned. Henrietta (Noémie Schmidt) gets offed at the end of the first season, as does the female physician Claudine’s father partway through the season, and in the second season, there are a bunch of victims, including one of Louis’ ministers and the minister’s wife and the obnoxious Father Pascal (James Joint). Cassel (Pip Torrens) is poisoned by his wife Sophie (Maddison Jaizani). It’s all the work of Madame Agathe (Suzanne Clément), a fortune-teller and seller of love potions and poisons who hates Louis and is somehow planning to collapse his government by poisoning people.

With the exception of Cassel, the poisonings all basically present the same visually dramatic symptom; one consumes poison and sometime later one feels unwell and immediately begins to vomit blood and then die. In Henrietta’s case, there’s prolonged abdominal discomfort and time for a lengthy goodbye, but mostly death comes pretty quickly once symptoms present. 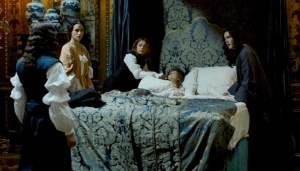 While that makes for interesting television, it’s pretty wildly inaccurate. I’ve already discussed three common poisons used in the Early Modern period: antimony, mercury, and acqua toffana (a mixture of arsenic and lead). Another window into the Early Modern poisoner’s toolkit is the so-called Assassin’s Cabinet, a small chest of poisons designed to look like a book (although it’s been argued that it might actually be an apothecary’s chest, since all of the substances in it had legitimate medical uses at the time). The chest contained drawers for 11 substances, all of which are poisonous in the proper concentrations: henbane, opium poppy, wolfsbane (aconite, monkshood), cowbane (water hemlock), mandrake, jimson weed, valerian, spurge laurel, castor oil plant, meadow saffron, and deadly nightshade (belladonna). 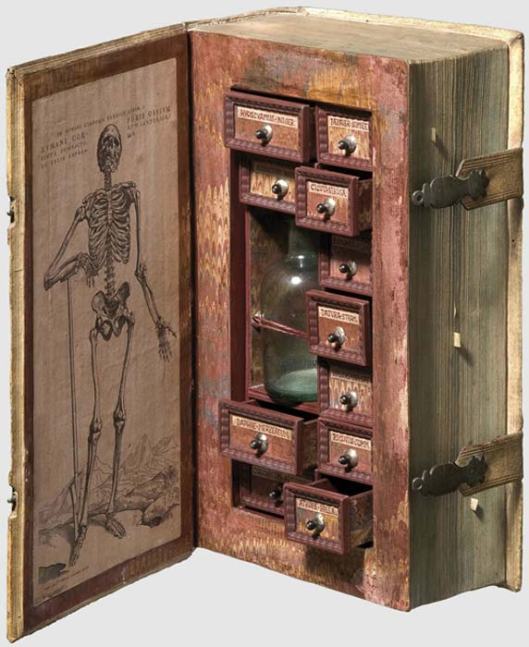 (As an aside, in the show, when Madame Agathe’s rooms are being searched one of the guards holds up something that strongly resembles the Assassin’s Cabinet. Props to them for doing some research!)

None of these substances have symptoms anything like the poison used on Versailles. For example, henbane poisoning causes hallucinations, confusion, restlessness, flushed skin, convulsions and loss of coordination, fever, and vomiting. Wolfsbane is a contact poison that causes respiratory problems, nausea, vomiting, irregular heartbeat, convulsions, paralysis, and confusion. Jimson weed causes nausea, vomiting, blurred vision, high blood pressure, rapid pulse, extreme thirst, convulsions, hallucination, headache, and coma. I could go on, but you get the point. So far as I can tell, none of these substances causes the victim to vomit blood, just regular vomit. I haven’t been able to find an historical poison that has as its primary symptom vomiting blood. (Honest, FBI, it’s all research for this blog!) So the show’s poison is basically fantasy poison.

But the show gets something much more wrong than just making up a poison. A poison with symptoms like the one Agathe sells wouldn’t have been a very popular poison for one important reason. It’s too obvious that the victim has been murdered.

To appreciate this, you have to reflect on the poor state of medical knowledge in the pre-Modern world. There were many things that could cause people to die suddenly: heart attack, stroke, aneurism, aortic dissection, appendicitis, various infections, and food poisoning could all cause an apparently healthy person to rapidly decline and die. As a result, anytime some died suddenly in apparently good health, there were always rumors that the person had been poisoned, because the true cause of death could often not be identified by physicians. As a result, I’m always very skeptical of claims that historical figures were poisoned. Sudden death always raised suspicions. If you’re a poisoner, you generally don’t want to raise suspicion. You want the death to appear natural. If you want to be blatant, you usually used other tools, like knives, because you were more certain of hitting the intended target.

So poison was mostly used by people who wanted the death to look natural or to mimic the symptoms of a disease. That’s how Sophie kills Cassel—with a poison that causes him to slowly sicken and decline. The primary symptom is coughing a lot and general weakness. That’s how poisons like antimony and acqua toffana operated. They required repeated doses administered over a period of time and they made the victim appear to slowly sicken from organ failure or other natural causes. That way the victim died and everyone thought that he or she had just died in the normal course of events. 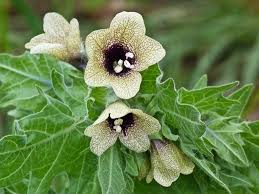 In fact, we know a fair amount about the poisons used during the Affair of the Poisons. Arsenic was probably the most popular, because its symptoms resembled dysentery: organ failure, inflammation of the throat and intestines, fever, diarrhea, vomiting, confusion, and coma. One poisoner, Marie Bosse, impregnated the victim’s shirt with powdered arsenic, which would get absorbed through the skin as the victim sweated. It caused sores that looked like a syphilitic chancre. Because most forms of arsenic have a strong taste, another popular way to administer it was through enemas, which were extremely popular in this era.

Poisoners also used a variety of plant-based substances, including mandrake, hemlock, aloe, buttercup, ergot, biting stonecrop, juniper, and nux vomica (strychnine). At least one type of poisonous mushroom was used as well. And it’s likely that some of the other substances in the Assassin’s Cabinet were employed as well.

The top of the line poison was secret du crapaud, or Toad’s Secret. This was manufactured in a variety of ways, all of which involved a toad in some way. The various methods all involve tormenting a toad, which causes it to release toxins in an attempt to fight off the attack. The dead toad might be dried and powdered and administered that way, it could be allowed to putrefy and then powdered, its urine could be administered, or it could be mixed with arsenic. Toad’s Secret drew on classical ideas that toads were particularly noxious creatures, so even if the drug wasn’t actually very poisonous, it could fetch a high price, especially because the methods for manufacturing it were not widely known. Marie Bosse’s son claimed to know a method to infuse a silver goblet with Toad’s Secret so that anyone who drank from the cup would die. But he eventually admitted that he had never managed to kill anyone that way.

As we’ll see next time, the Affair of the Poison didn’t become known because people started spewing blood during cabinet meetings. The real story is more tawdry than that.

If there’s a movie or tv show you’d like me to review, please make a donation to my Paypal account and if I can track down it down, I’ll review it.

Versailles is available through Amazon.

My favorite book on the The Affair of the Poisons is Lynn Wood Mollenauer’s Strange Revelations: Magic, Poison, and Sacrilege in Louis XIV’s France. It’s an excellent look at the Affair from several different angles. I absolutely loved it.