As I was growing up in the 1970s, my parents were devotees of Masterpiece Theater, which ran a seemingly endless series of BBC costume dramas. We only had one tv set (apart from a crappy little black and white set that lived in the kitchen), so I watched what they watched: The Six Wives of Henry VIII, Elizabeth R, Upstairs Downstairs, and I, Claudius. I think those shows played a big role in teaching me to love history. By the time I Claudius rolled around, I was old enough to have some real understanding of what was going on. It was my first introduction to Roman history, and I confess that whenever I think of Augustus, Livia, Caligula, and Claudius, I still tend to picture Brian Blessed, Sian Phillips, John Hurt, and Derek Jacobi. I watched the show again when I was in college and had studied some Roman history, so I appreciated it more. And over the years, I’ve thought about watching it again, now that I’ve had a chance to dig further into Roman history. 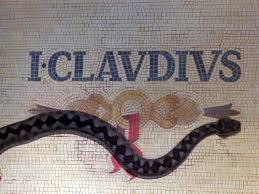 So I was incredibly excited when a reader of this blog made a very generous donation to my Paypal account and asked me to review I, Claudius. Last night as I sat down to watch the first episode, I felt a thrill of childhood nostalgia as the brash, jarring opening music played and a serpent slithered across a portrait of the Emperor Claudius. So my next couple of posts will be about this classic look at Rome’s first emperors.

The show has a lot to recommend it. The cast is excellent and one of the joys of the series is spotting actors you know for elsewhere, like Patrick Stewart, John Rhys-Davies, Simon McCorkindale, Bernard Hill (Theoden in the the Lord of the Rings movies), Kevin McNally (from the Pirates of the Caribbean series), Patricia Quinn (of Rocky Horror fame), John Castle (from my favorite movie ever), Patsy Byrne (Nursie in the second season of Blackadder), and someone from damn near every episode of Doctor Who ever made. The script is rich and complex, the characters fully-realized, and the story combines the emotional complexity of a family drama with the high melodrama of political intrigue. This show has everything: scheming, adultery, false accusations of rape, murder, poisonings, insanity, betrayal, incest… It’s everything American soap operas hope to be, but done much better and solidly based in historical fact.

The series is based on Robert Graves’ novels I, Claudius and Claudius the God, published n 1934 and 35. Graves was a celebrated poet, novelist, and non-fiction author; his White Goddess exercised a profound influence on the nascent neo-pagan revival, his collect of Greek myths still sells well, and his translation of the Latin classic The Golden Ass remains one of the best. The two I, Claudius novels, however, represent his greatest work; they still rank high on the list of the best English-language novels ever. 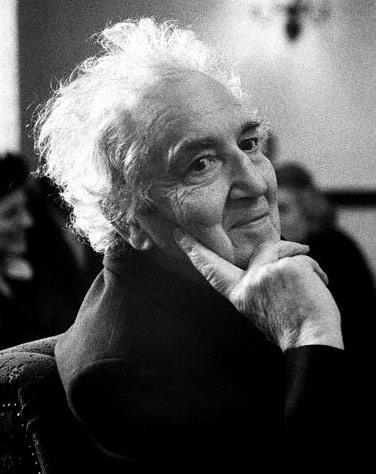 The novels purport to be the autobiography of the Emperor Claudius (41-54AD). According to the conceit, after Claudius became emperor he decided to write his autobiography to reveal all the sordid truths about his extended family and predecessors, the Julio-Claudian dynasty. But a sibyl prophesied to him that the book would not be read for 1900 years. The scenario is less preposterous than it sounds, since Claudius was actually an historian and is known to have written an autobiography, although none of his writings have survived.

Graves’ books and the tv series are heavily based on three major narrative sources for the first century, the Annals and Histories of Tacitus, the 12 Caesars of Suetonius, and the Roman History of Cassius Dio. While there are other sources for the Julio-Claudian dynasty, these three sources give the most sustained narratives for the period. Graves’ novels draw heavily from the stories these three authors tell, but he fills in a lot of blank spots with his own invention to create a fiction that draws heavily from historical sources.

One of Graves’ concerns with these novels was to liberate historical novels with the self-conscious archaizing that was so common in 19th century historical novels. His characters don’t use ‘thee’ and ‘thou’ and other such old-fashioned language meant to convey a sense of the seriousness and importance of the past. Instead, his characters speak in common 20th-century English, employing contemporary idioms, to communicate a sense that the past felt like the present to those who lived it. So, for example, early in the series, Augustus comments that he wants some information ‘chapter and verse’. That’s a reference to the division of the Bible into verses, which was done in the 13th century by Archbishop Stephen Langton, so there’s no way Augustus could have used such a phrase. But the anachronism works because it makes Augustus seem like a contemporary of the reader, which was Graves’ whole point.

However, Graves used his sources very uncritically. His goal was to create a satisfying fictional story, not a truly accurate historical piece of work. The major problem with the three Roman authors is that all three were writing in the 2nd century AD, long after the establishment of the imperial office, and none of them were fans of the Julio-Claudian emperors. Tacitus provides the most coherent narrative but consistently speculates in negative ways about his subjects. Suetonius had access to the imperial archives and therefore probably had the best source of information, but was deeply hostile to the emperors, was happy to rely on sources like drinking songs and obscene graffiti, and generally twisted his material to present his subjects in the worst possible light. Dio’s narrative is much more removed from the events, since he was writing at the end of the 2nd century AD, and large portions of it have not survived; he also made a lot of factual mistakes.

The result is a rather lurid story about these men and women, but one that is probably not really true in its essence, despite being rooted in historical sources. While Graves was interested in history, he was far more interested in getting to what he considered the higher poetic truths behind the facts. In the next several posts, we’ll look at some of the problems with I, Claudius’ version of events.

16 thoughts on “I, Claudius: First Comments”