The Eagle (2011, dir. Kevin McDonald, based on Rosemary Sutcliffe’s The Eagle of the Ninth is at least the third movie set in Roman Scotland (along with King Arthur and Centurion), and it’s by far the best of the three. There’s a lot of things to like about this film, but the prologue text is not one of them. It might, in fact, be the worst prologue text to a historical film I’ve ever seen, because virtually every element of it is problematic.

“In 120 AD, the Ninth Legion of the Roman Army marched into the unconquered territory of Northern Britain. They were never seen again. All 5,000 men vanished, along with their treasured standard…The Eagle. Shamed by this great loss, the Emperor Hadrian ordered the construction of a giant wall that cut off the North of Britain forever. Hadrian’s Wall marked the end of the known world.”

Normally in historical films, a prologue text is used to provide important historical background for audiences unfamiliar with a particular historical setting. Some films also use them to set a mood or establish the film’s viewpoint on the setting, but they almost always provide a little basic fact to orient the viewer.

With that in mind, let’s take this prologue text an element at a time.

“In 120 AD, the Ninth Legion of the Roman Army marched into the unconquered territory of Northern Britain. They were never seen again. All 5,000 men vanished, along with their treasured standard…The Eagle.”

As I’ve discussed before when I looked at Centurion, this isn’t historical fact at all. It’s entirely the invention of British children’s author Rosemary Sutcliff. When she wrote The Eagle of the Ninth, she offered an interesting explanation for what happened to the 9th Legion, which disappears from the historical record in the early 2nd century AD after being stationed in Britain. Her theory that the Legion was sent into Scotland and subsequently destroyed is certainly a possibility, but there’s literally no evidence for it. It’s more likely that it was destroyed during a rebellion in Roman Britain. There’s a bit of weak evidence that it was redeployed to the Rhineland. Perhaps it was just disbanded for administrative reasons. But it’s important to realize that the film’s scenario is entirely made-up. 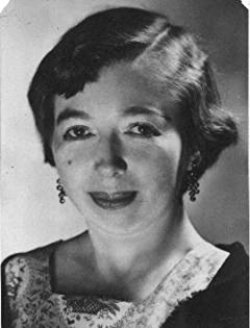 “Shamed by this great loss, the Emperor Hadrian ordered the construction of a giant wall”

If the Legion’s debacle in Scotland didn’t happen, it should be obvious that it wasn’t the reason Hadrian built his famous wall. We don’t actually know what Hadrian was thinking when he ordered the construction of the wall for the simple reason that we don’t have any documents about that decision. We can certainly make some reasonable inferences based on Roman policy toward its European frontier, but it’s not provable what the intention was.

Also, calling it a ‘giant wall’ is a bit misleading. It was a very long wall, but ‘giant’ suggests size more than length, and as far as we know, the wall probably wasn’t more than 10-12 feet tall. The surviving ruins don’t allow us to know much about its height or battlements, but what survives doesn’t really suggest that the wall was unusually tall, just very long. 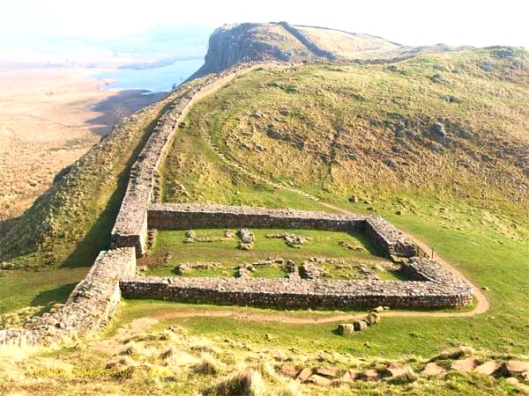 One of the mile castles on Hadrian’s Wall

“that cut off the North of Britain forever. Hadrian’s Wall marked the end of the known world.”

This is just nonsense. Hadrian’s Wall did no such thing. The Wall is the best surviving example of what the Romans called a limes, which as essentially a wall marking a frontier. But it’s not unique. Similar structures (at least in function) existed in North Africa and in Eastern Europe. Although it was garrisoned at small posts called ‘mile castles’ along its length, it probably was not primarily intended to repulse an invasion, for the simple reason that the small garrisons were a mile apart, and the individual garrisons were probably not staffed by more than a half-dozen men at a time. It would have been very easy for an invading force to simply climb the wall in between mile castles, and it would not have been too challenging for a decent force to overwhelm the garrison at a particular post. Furthermore, sailing around it wouldn’t have been too difficult. As a military structure, the Wall would simply have slowed down an invasion a little, giving the Roman forces stationed further south advanced warning of an attack.

Instead, a limes was much more like a customs station than a truly defensible position. Each mile castle had a gateway running through it (although some of the gateways opened onto such steep slopes that they can’t have been seriously intended to handle much traffic). Those gates (one of which the film shows) allowed regular passage between Roman Britain and what we’ll anachronistically call Scotland. It served to allow the Romans to control (and perhaps tax) trade with the tribes to the north of the Wall.

The Romans had no intention of cutting off all contact with the tribes of Scotland. Their first line of defense against those tribes was to maintain regular contact with them. It was standard for the Romans to reward a few tribes beyond a limes with the Roman version of ‘most favored trading status’. By singling out a couple of neighboring tribes to receive trade and periodic diplomatic gifts; this gave the rulers of those tribes privileged access to exotic goods from within the Empire, like wine, silk, and silver tableware. In exchange those tribes provided the Romans with intelligence on the other tribes and might ally with the Romans against hostile tribes. If an allied tribe became a problem, the Romans would simply make one of their enemies the most favored trading partner. By playing the tribes off against each other this way, the Romans rarely had to actually defend their frontiers.

Far from marking the end of the world, Hadrian’s Wall regulated Roman interactions with southern Scotland.

Also, Hadrian’s Wall didn’t create a permanent boundary (except in the sense of a physical wall that still survives). His successor Antoninus Pius decided to push the Roman frontier northward. He built a second wall, the so-called Antonine Wall, that ran between the Firth of Forth and the Firth of Clyde. He ordered construction to start in 142 AD. For unknown reasons, the Antonine Wall was abandoned around 162 AD, when the Empire pulled back to Hadrian’s Wall. Then in 208, Septimius Severus decided to re-occupy southern Scotland and ordered the Antonine Wall repaired. This occupation was abandoned just a few years later, at which point Hadrian’s Wall became the permanent frontier for the rest of the Roman period.

Remains of the Antonine Wall

Whereas most films use prologue texts to establish the actual historical context, this movie uses its prologue text to assert a set of blatant, nonsensical falsehoods.

Let me summarize the problems with this by rephrasing the prologue text to demonstrate just how nonsensical it really is. “In 2017, the American army marched into the unconquered territory of Mexico. They were never seen again. All the men vanished, along with their traditional standard, the American flag. Shamed by this great loss, President Donald Trump ordered the construction of a giant wall that cut off Mexico forever. Trump’s Wall marked the end of the known world.”

The Eagle  is available on Amazon. Sutcliff’s original novel (and its two sequels) is too.

If you want to know more about Hadrian’s Wall, you might try Patricia Southern’s Hadrian’s Wall: Everyday Life on the Roman Frontier. Amazon also has a lot of guides for walking the Wall; it’s one of England’s top tourist destinations. Having visited the Wall myself years ago, it’s definitely worth the visit if you’re in Northern England.

8 thoughts on “The Eagle: Worst Prologue Text Ever”